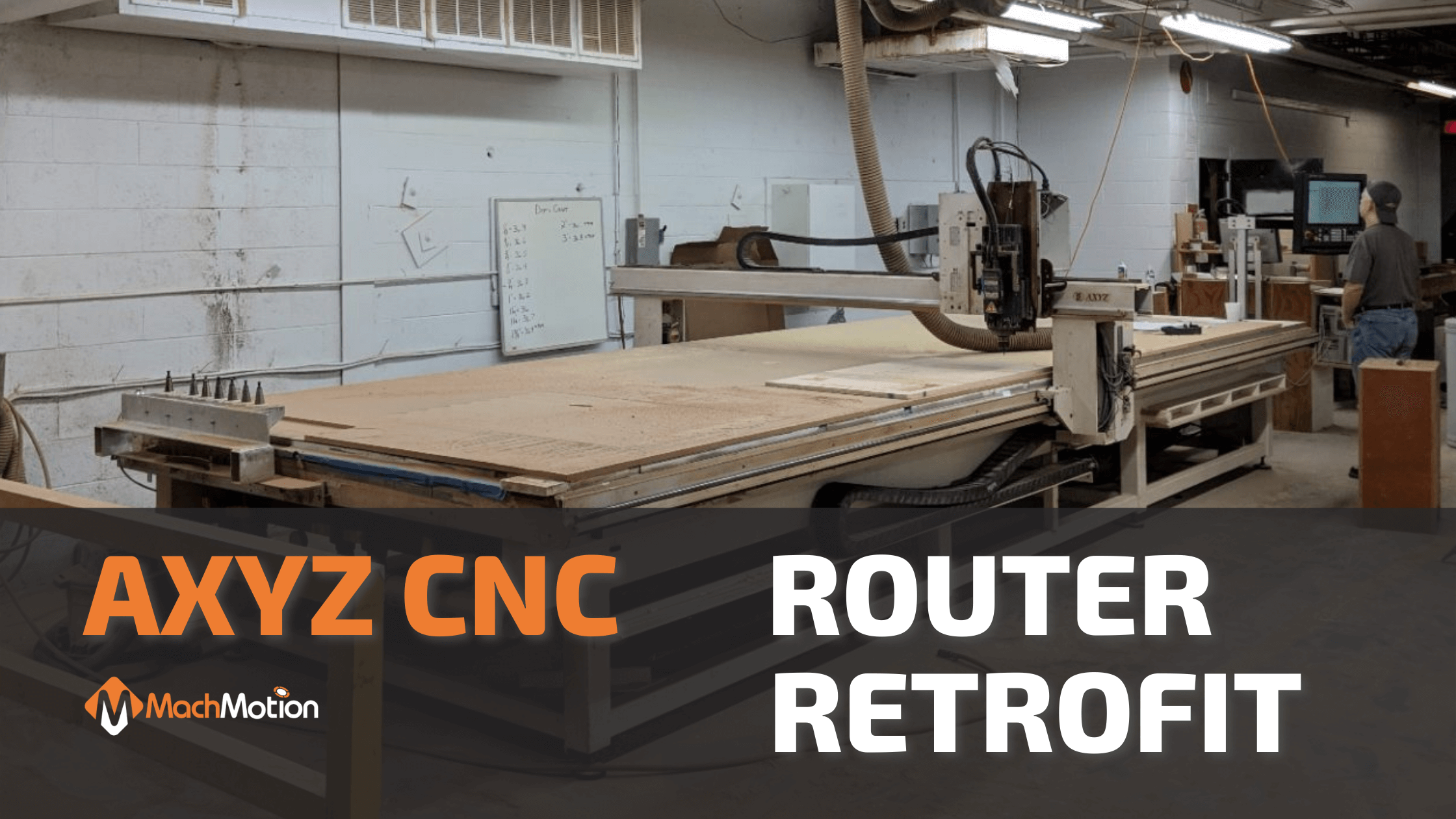 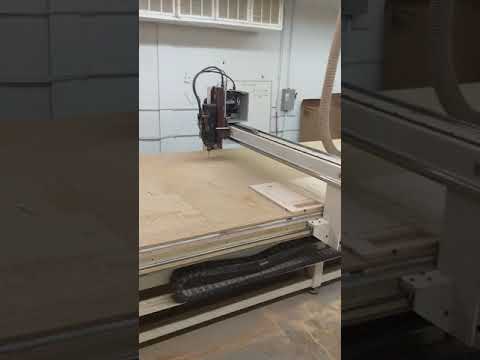 We recently had the opportunity to retrofit an AXYZ 6020 CNC router with a MachMotion 2000 Series Router Control, new stepper motors, pre-wired electrical cabinet, and professional installation.

The customer was looking for an upgrade that would allow them to run their AXYZ 6020 CNC router faster & more accurately. They also wanted to be able to use pre-existing G-Code from other sources in order to better integrate their AXYZ CNC router into their production workflow. MachMotion is a leading supplier of high-performance and reliable CNC control systems for all your AXYZ CNC router upgrade needs. Our retrofits are designed and tested by expert engineers, allowing you to run your machine faster and more accurately than ever before. If your machine is not mechanically running properly or not making quality parts, we have partnered with rebuilders to offer mechanical repairs to machines that aren’t quite ready for a new control just yet.

We’ve installed many MachMotion CNC controller upgrades on all different models of AXYZ CNC routers! Check out a few of them below!

And here are other AXYZ CNC router models that would be great candidates for a CNC controller upgrade:

Get in touch with us today to see how we can help you upgrade your AXYZ CNC router!