02 Jan WHAT IS BACKLASH AND HOW TO CORRECT IT

Posted at 01:50h in Articles, Misc, Support by Elliot Hodge In this article we will talk about when to use hardware or software to correct backlash. We will also take a closer look at why speeds, temperatures and vibration can cause backlash issues.

How backlash can be corrected with software and hardware. How temperatures, speed and vibration contribute to backlash. A step by step guide on how to change your MachMotion backlash settings. Backlash with a CNC is the same as taking a screw and threading a nut on to it. Now with one hand hold the screw and the other hand hold the nut and push/pull on the nut. That small amount of movement between the threads is the cause of backlash. Since both the screw and nut threads don’t fit perfectly together there is always “Play”. This space between the gears is known as “backlash”.

Backlash can be measured by pushing the nut as far as it will go in one direction and measuring the distance it travels in the opposite direction. Backlash creates an issue in positioning when an axis changes direction. The slack in the threads/gears cause measureable error in axis positioning. The MachMotion software can compensate a small amount for this error and better track the true position.

The reality is that any amount of mechanical backlash is detrimental to your machined product. For this reason, CNC machine tools use ball screws rather than lead screws that you would find on a manual machine. Software backlash compensation can reasonably only compensate for the amount equivalent to the positional accuracy you are required to hold.

Example: Up to 0.0015″ of backlash can be reasonably compensated for if you are looking to hold your finished product to within 0.0015″.

It is unreasonable to expect to compensate for backlash totaling more than 0.005-0.007″. If you measure backlash in an axis any more than this, you should fix the mechanics first.

How Bad Can Backlash Get? Backlash compensation will improve positioning accuracy but will not alleviate vibration or mechanical performance.

If you are experiencing excessive vibrations, chattering or rumbling simply adjusting backlash is not a solution and further investigation of the problem will be needed.

A Few Places To Look:

• Symptom: Vibration occurs when axis is in motion, low humming noise.
○ Servo gain issue (How aggressively the drive response to commanded position and actual position).
• Symptom: Hunting for correct position, slop in axis.
○ New thrust bearing.
• Symptom: Drawing significant % of current while idle
○ Motor tuning.
• Symptom: When spindle is on
○ Spindle vibration causing undesirable movement in carriage.
• Symptom: Only in the morning
○ Temperature is a big part of backlash, make sure to have a temperature controlled environment or you will be endlessly tracking down your backlash.

Another way to decrease backlash is with an anti-backlash nut. This is a split nut that pulls in both directions on the thread, reducing the slop. An anti-backlash nut is a “preloaded”, self-adjusting nut and applies force or squeezes the difference in a thread’s spacing, maintaining a constant contact with the surfaces of the screw. *Bonus did you know: According to the CNC Dictionary, backlash is any kind of unexpected play in an axis due to clearance or looseness of mechanical parts. Software backlash compensation works by entering the given or measured backlash of the machine into the control system. The control knows when to add in this additional movement by the direction it is commanding the machine to move. The software simply subtracts out the backlash depending on which side of the threads are currently making contact.

For electronically compensated backlash to work, the software must know the amount of backlash and both your carriage and nut must be stable. This means no humming, vibrations or low friction.

If you’ve ever had screws in your dining room or kitchen chairs you’ll notice that every month you have to re-tighten them, this is caused by vibration which is causing micro chatter between the nut and the thread. This chatters results in slight rotations in the nut causing it to loosen up.

*Bonus did you know: A great contributor to “chatter” can be caused by your spindle. 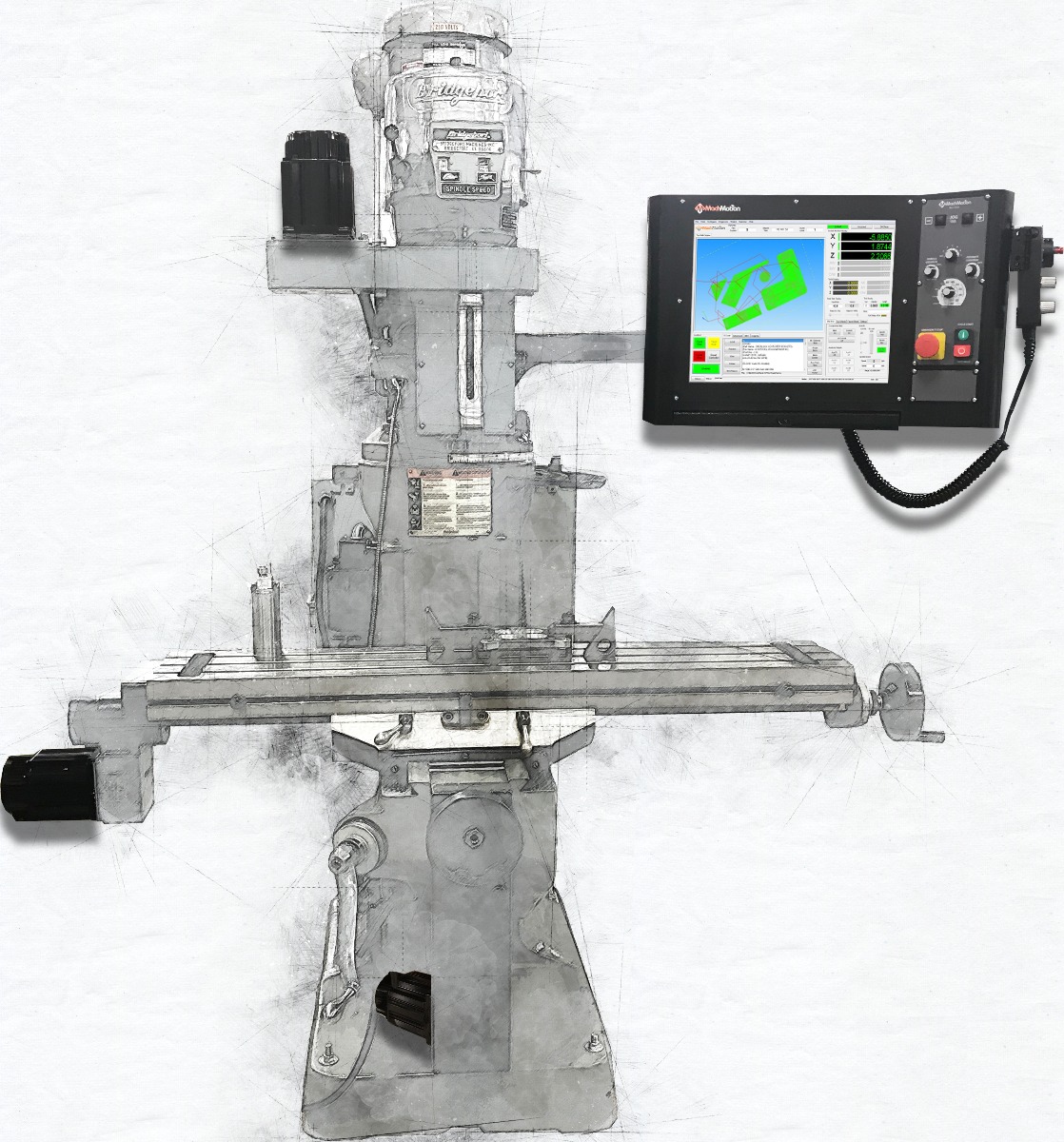 Travel accuracy measures pitch (up and down), yawing (side to side) and rolling (around axis). Quality of the guide rails is critical on linear motion and is influenced by alignment, surface texture and temperature. When critical speed is reached vibrations increase, accuracy drops and performance decreases. Speed is determined by the alignment and friction.

Each part of your machine is at a different temperature depending on what it is currently doing, this directly influences your accuracy in movement caused by deformation of the components.

Higher rigidity can produce higher friction and higher temperatures, these thermal differences in each component can cause changes in distances needed to travel and can cause inaccuracy. Compensating for thermal influences can help reduce backlash and should be considered in extreme temperature or extreme accuracy applications. Simply put; keep your environment at a steady temperature to avoid expansion or contraction.

Excessive speeds, run-out and backlash or external forces are all common causes of vibrations.

Yet stiffness trades off for efficiency which impacts precision, any force or load applied to the motion can cause deflection. The longer the screw the harder it is to compensate for deflection and you’ll need more rigidity which limits speed.

Example of a calculation for temperature, vibration and inertia with the “Dn factor”:

*Bonus did you know: Heat, like sound, is a form of kinetic energy. Molecules at higher temperatures have more energy, thus they can vibrate faster. Since the molecules vibrate faster, sound waves can travel more quickly. The speed of sound in room temperature air is 346 meters per second.

HOW TO CALCULATE AND ENTER IN BACKLASH

The Apollo III motion controller, included with current MachMotion control systems, has backlash compensation. Use the MDI line to enter G-Code to move the axes. To calculate the machine’s backlash, follow the steps below. 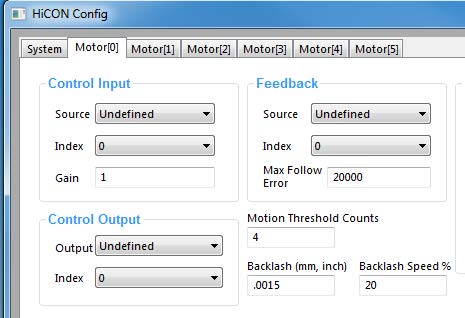 1. Move an axis in one direction farther than the maximum possible backlash. (Example .020, hopefully less than that is needed!)

2. Mount a dial indicator and zero it.

3. Move the axis again in the same direction for a specific distance (it doesn’t matter how far).

5. Note how far the dial indicator was off from zero to see the axis’s backlash value.

7. Select the desired motor tab and enter the value (see explanation below). Select [OK] to save settings.

○ Backlash – This field sets the backlash amount in inches or millimeters, depending on the setup units.

○ Backlash Speed % – This field adjusts the maximum acceleration that the backlash counts can be applied.

○ The Apollo III takes the max acceleration of the motor and multiplies it by this percentage. Valid values are 10-400 (0.1 to 4 times max acceleration). A common value is 20%. 1. If a motor moves the wrong direction, it can be reversed in the software.
2. Navigate to the menu bar and click Configure->Mach and select the Motors tab.
3. Check the “Reverse” box if the motor direction needs to be reversed.
4. After making all the changes, press [OK].
5. The motor will now move the opposite direction than it did before.

*Bonus did you know: Reduced positional error can be achieved by simply approaching in the same direction for precision cuts. In conclusion, backlash is very important to understand and sometimes difficult to tune. As we can see there are a large number of factors and variables. I suggest spending a day just tuning in your machine, using the most updated software and if possible run your machine in a climate controlled environment, this will increase your success rate and reduce downtime.